​Art Against Slavery and Human Trafficking 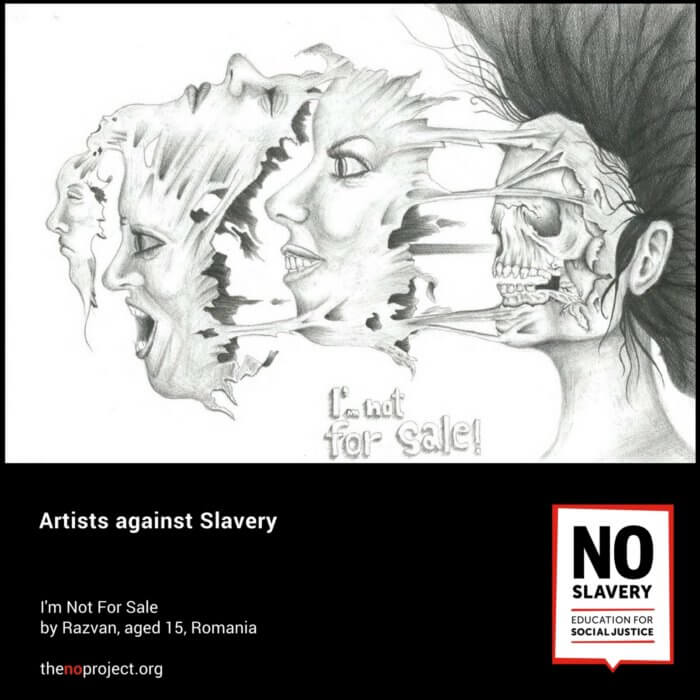 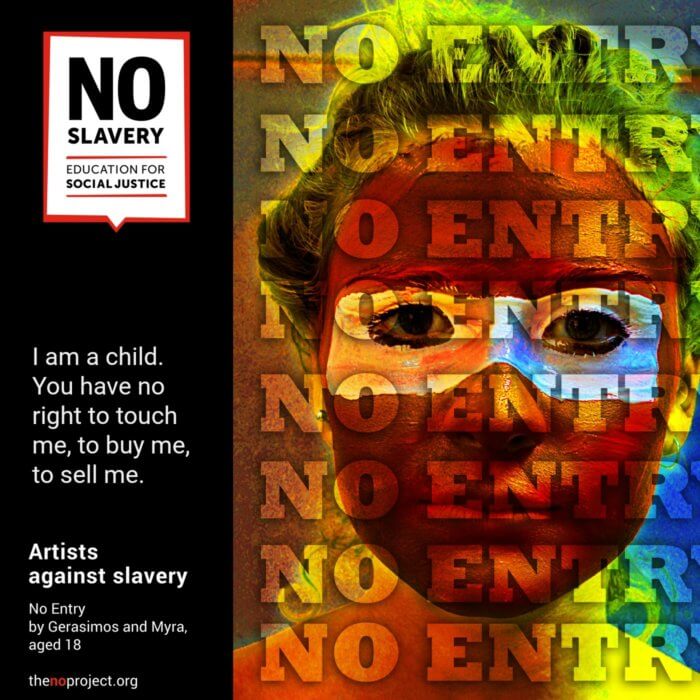 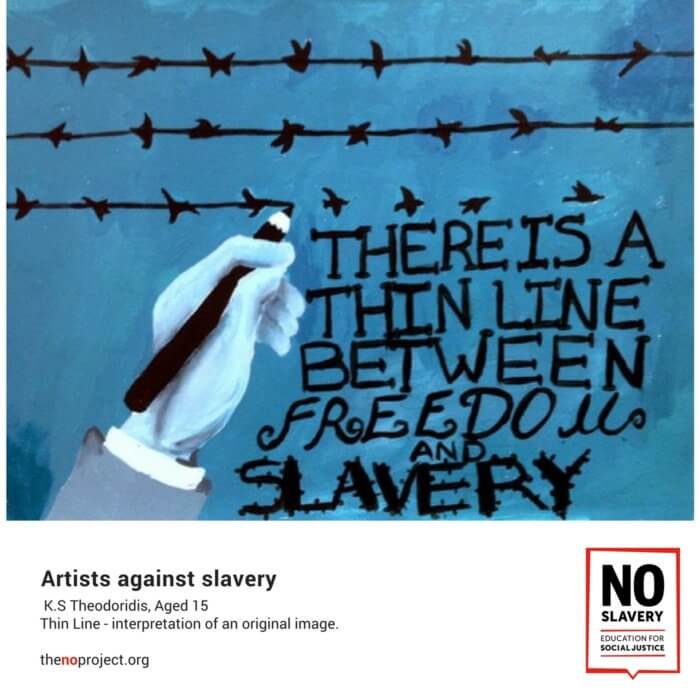 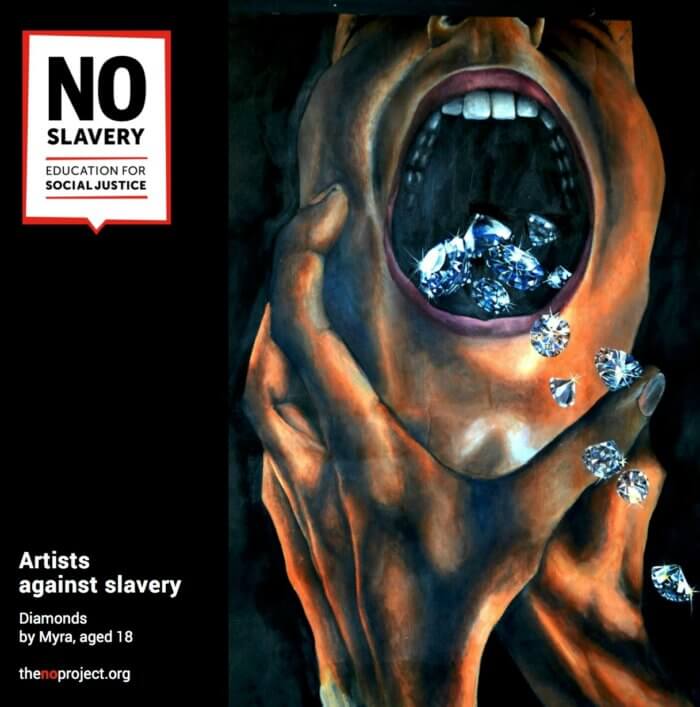 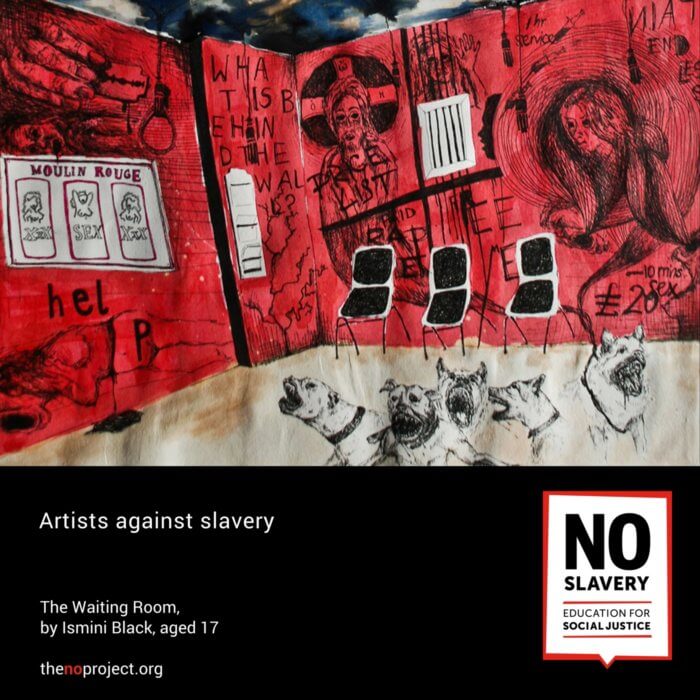 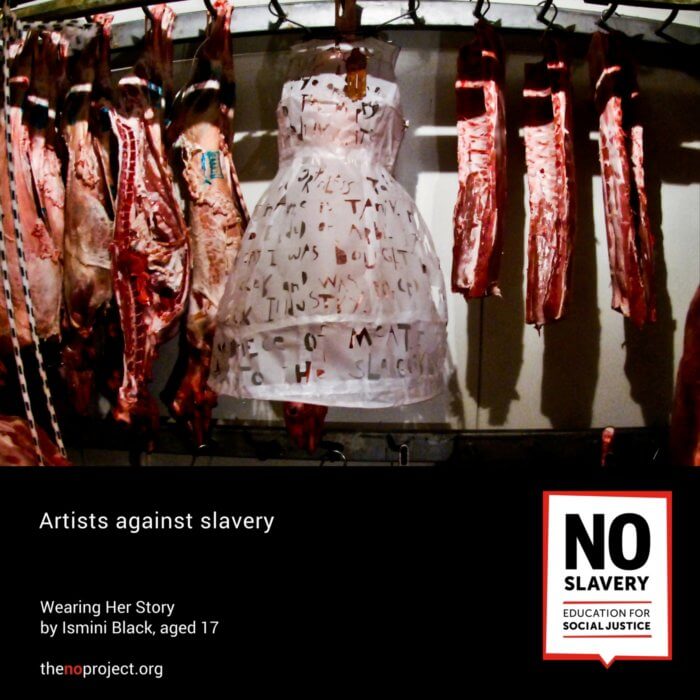 The NO Project art by Ismini Black is included in the essay by Professor Zoe Trodd, Am I Still Not a Man and a Brother?

“In contrast to the trope that brands individuals’ experiences onto their backs, the No Project released a poster in 2012 titled “Wearing Her Story,” made by the artist Ismini Black. A woman’s dress hangs alongside carcasses in a butcher’s window. There are letters cut out of the dress and the words are impossible to piece together. By replacing a woman’s body with just her dress, the poster refuses to inscribe slavery’s story onto her flesh. She might wear her story like a removable item of clothing, but it is not the last word on her total identity. Instead it remains impossible to grasp and therefore consume, unlike the poster’s chunks of meat. More than 150 years after Gordon exposed his back, someone finally refused to display the scars.” 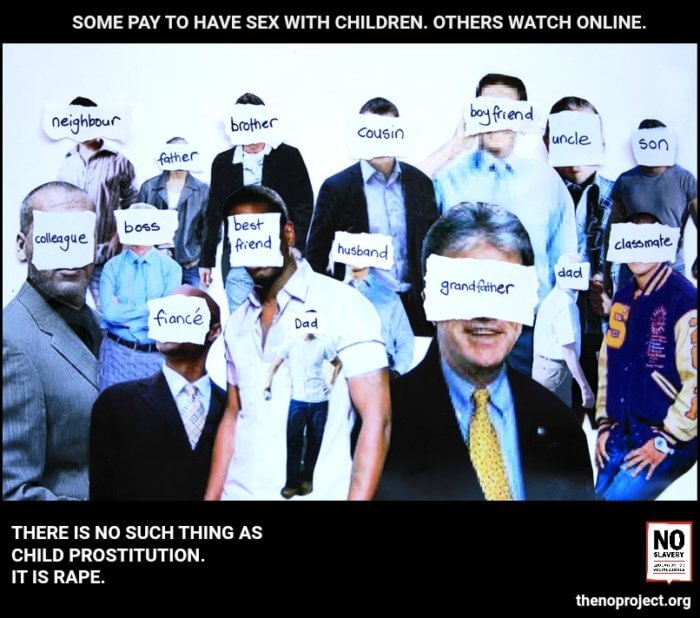 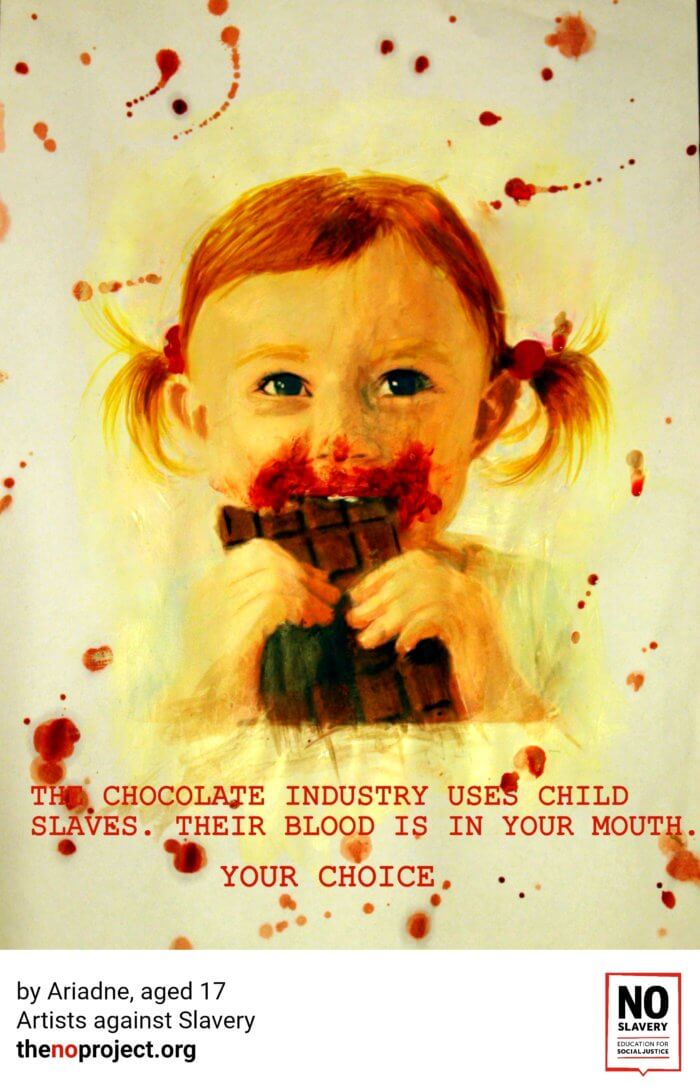 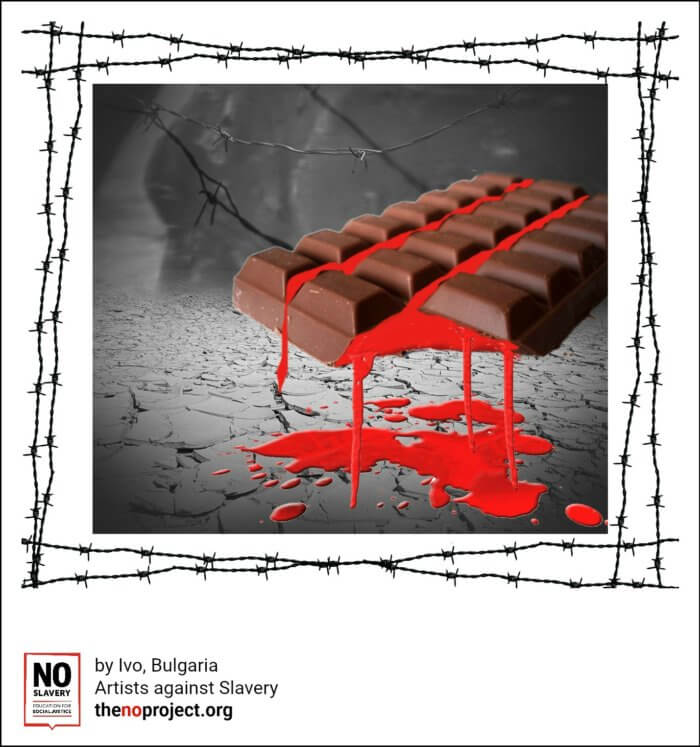 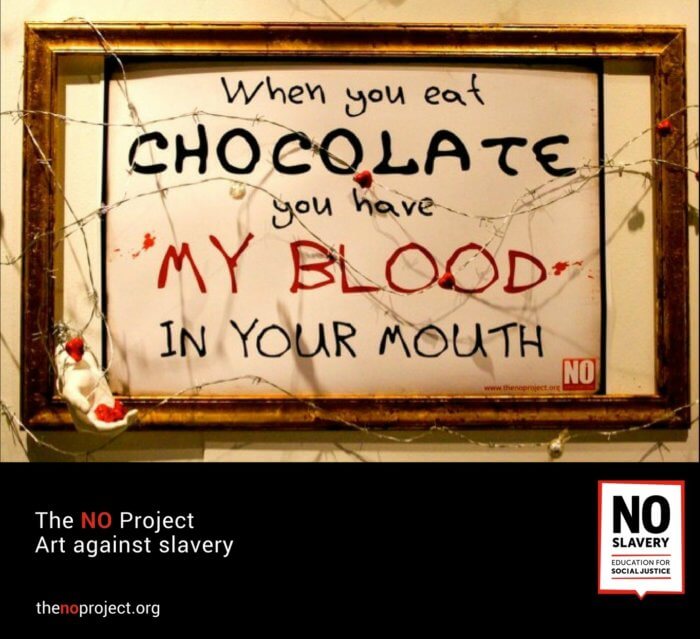