Over 60% of the world’s cocoa comes from two countries in West Africa – Ghana and the Ivory Coast. According the Global Slavery Index 2018 thousands of children today are trafficked and forced to work on the cocoa farms.

‘When I think of all that suffering it hurts my heart deeply. I want to say so much, but I just can’t find the words. We have never eaten chocolate. If I had to say something to them [consumers who buy chocolate], it would not be nice words. They enjoy something I suffered to make; I worked hard for them but saw no benefit. They are eating my flesh.’ From a teenage boy who was forced to work on a cocoa plantation. Source: Slavery: A Global Investigation True Vision Productions. This documentary was made nearly 20 years ago – yet it appears that little has changed.

Consumer awareness and on the ground research is having an impact though and people are increasingly demanding that chocolate companies provide ethically-sourced products.

For free downloadable teaching material on The NO Project site – see COCOA TRUTH. Appropriate for ages 16 and above and also suitable for learners whose first language is not English. Can be used for online teaching or in class.

Cocoa’s Chid Labourers Washington Post, June 5th 2019 is one of the best articles recently written about the violent, unjust backstory to our daily chocolate. The remarkable photos speak a thousand words – of pain. Credit to the journalists and photographer involved. The sadness, loneliness and pain of the child workers is heartbreaking and unacceptable.
‘The most somber of the three [child workers] was Aboudnamune. He wore a Spider-Man ball cap and rarely smiled. He said he arrived two years ago when he was 11. He answered questions haltingly, sometimes staring into the distance, and said he’d like to see his parents because “it’s been a while”.’

The good news is that there are chocolate companies around the world which are committed to using slave-free cocoa. Learn about Tony’s Chocolonely and the actions they are taking to provide consumers with slave-free chocolate!

What’s really in your chocolate?

Quite possibly child slavery. Not so sweet anymore. Use your power as a consumer and buy products that are ethically sourced. One action you can take is to look for a logo indicating that the chocolate is ethically sourced, such as the FAIRTRADE logo.

Here is the trailer and the full length documentary of The Dark Side of Chocolate.

Chocolate – The Bitter Truth 1 of 5 – Ivory Coast Child Trafficking – BBC Panorama Investigation, recorded 08.05.2010 We spend more on chocolate each year than investors spend on gold – but as Easter approaches, how much do we really know about where it comes from or how it is made?
Panorama reporter Paul Kenyon goes undercover as a cocoa trader in West Africa and discovers children as young as seven working long hours on cocoa farms, helping to make the chocolate we love so much. He buys a tonne of cocoa made with child labour, and sees how easy it is to sell it into the supply chain which leads to our high streets.
He also helps rescue a 12-year-old boy – trafficked across borders – to pick cocoa as a modern-day slave and reunites him with his mother. For the first time, we meet the kids who harvest our cocoa but who have never tasted chocolate. 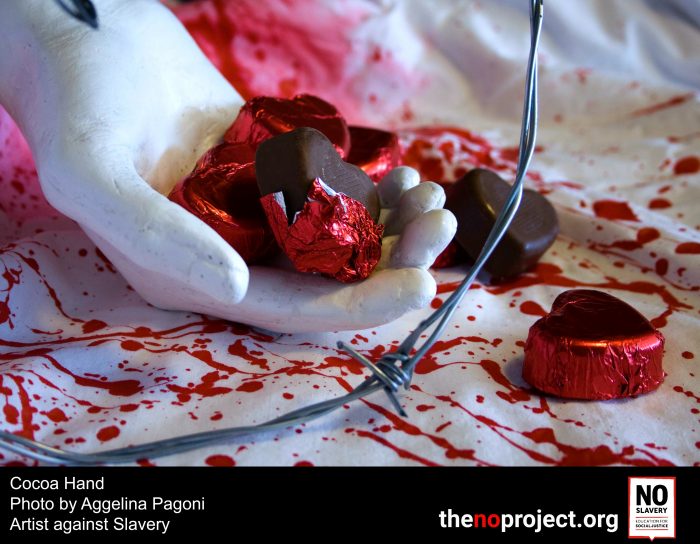 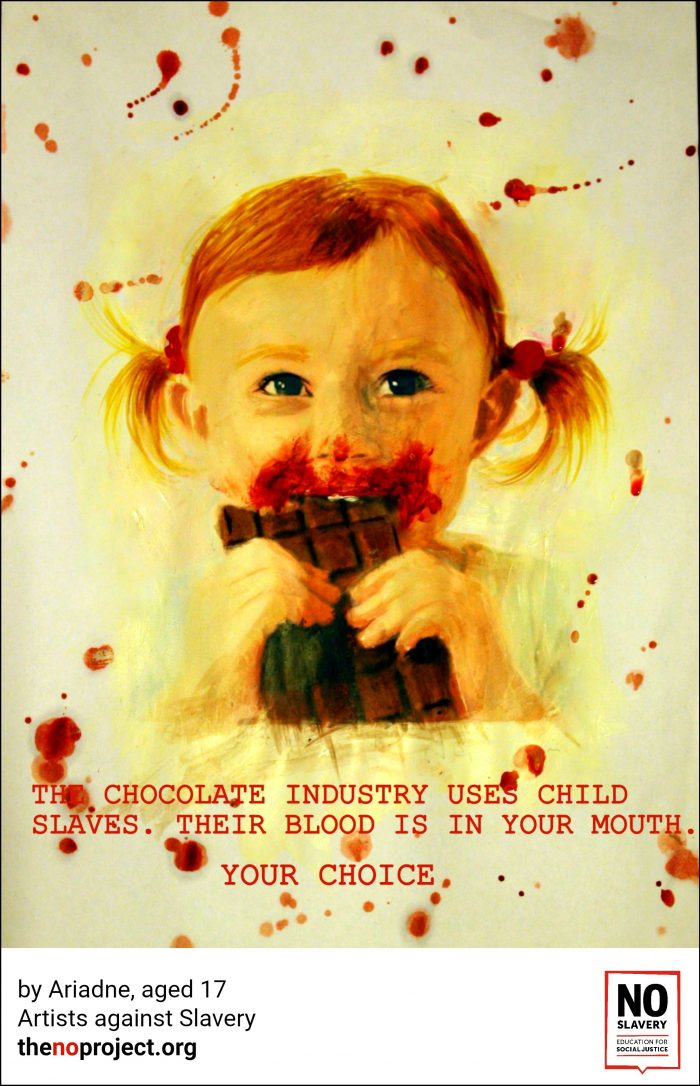