To writers, screenwriters, playwrights, poets, bloggers. Your role in confronting modern-day slavery is crucial. Unless human trafficking and slavery become part of everyday awareness – nothing will change.  Ignorance, apathy and indifference will remain and the trade in humans and human body parts will continue to thrive. Unacceptable.

To writers: we need your creative and literary support.

To readers: These books are extremely well written yet at times very hard to read. Please have the courage to do so. Then tell others and give your book to them.

To global educational publishers:  You have a role to play in the global fight against slavery (Unbelievable that we have to make such a plea in the 21st century). Textbooks still say that ‘Slavery has been abolished.’ This could not be further from the truth. Your reluctance to include material in mainstream textbooks could be fatal for thousands of children. While you discuss ‘suitability’, children are being exploited and enslaved. Please wake up. Education includes protection. Be accountable. Slavery in our supply chains is UNACCEPTABLE. What are doing about it? Not enough in mainstream education of the next generation. Time to change that. 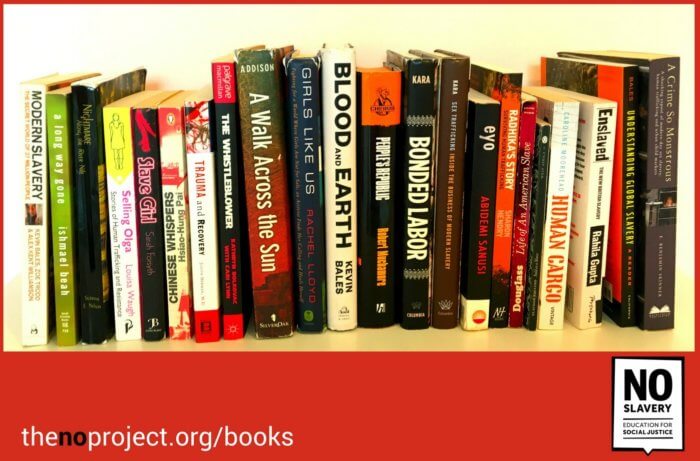 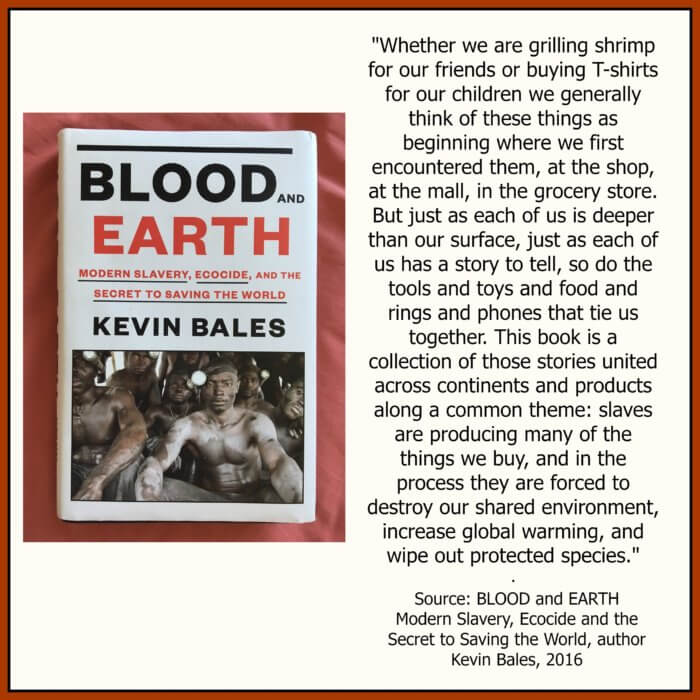 Girls Like Us: Fighting for a World Where Girls Are Not for Sale: A Memoir
Rachel Lloyd, HaperCollins Publishers, 2011
The NO Project would like to see this book become part of required reading in highschools – required reading for teachers of every subject and students 16+.

In Girls Like Us, Lloyd reveals the dark world of commercial sex trafficking in cinematic detail and tells the story of her groundbreaking nonprofit organization: GEMS, Girls Educational and Mentoring Services. With great humanity, she shares the stories of the girls whose lives GEMS has helped—small victories that have healed her wounds and made her whole. Revelatory, authentic, and brave, Girls Like Us is an unforgettable memoir.” Source: www.amazon.com 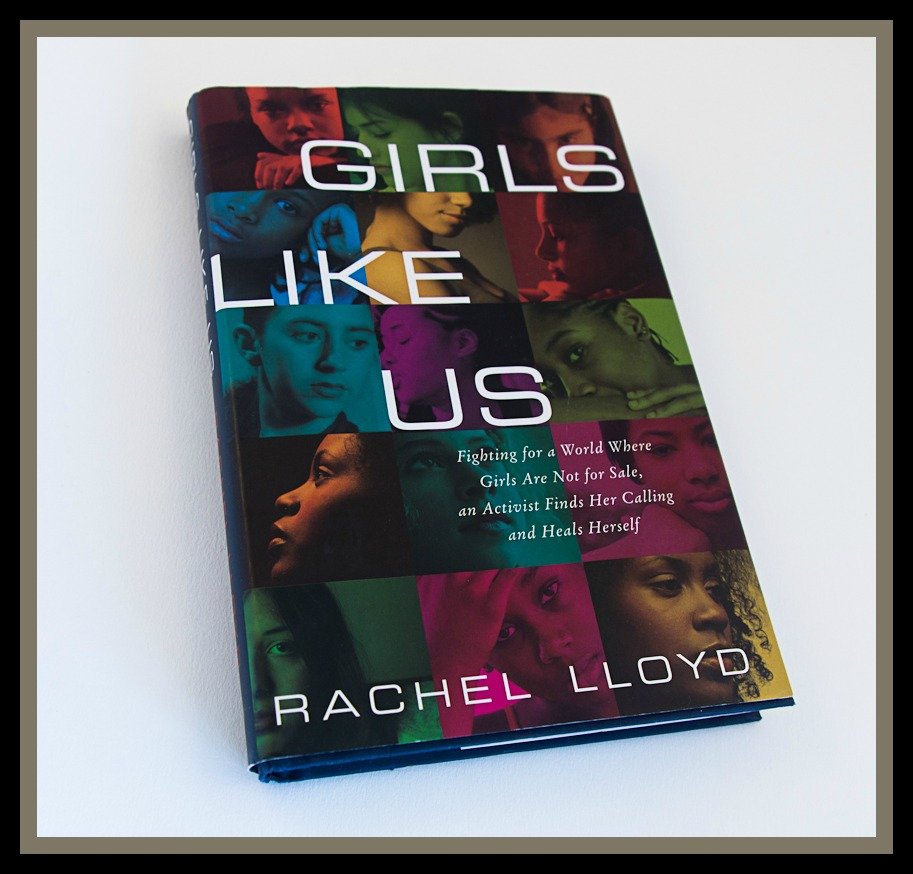 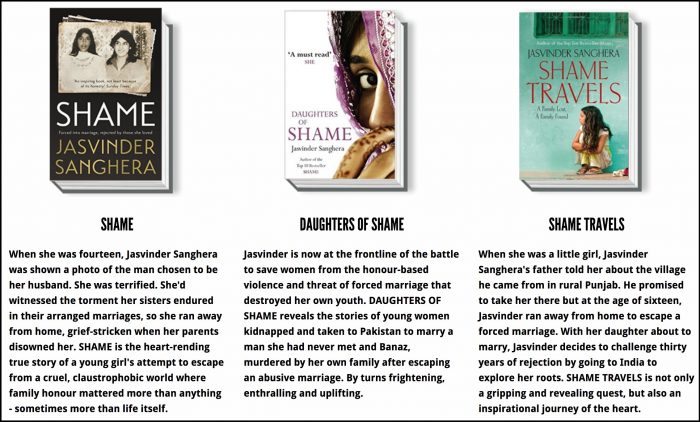 Twelve-year-old Ryan is CHERUB’s newest recruit. He’s got his first mission: infiltrating the billion-dollar Aramov criminal empire. But he’s got got no idea that this routine job will lead him into an explosive adventure involving drug smugglers, illegal immigrants and human trafficking, or that his first mission will turn into one of the biggest in CHERUB’s history. (source:http://moruyabooks.com.au) 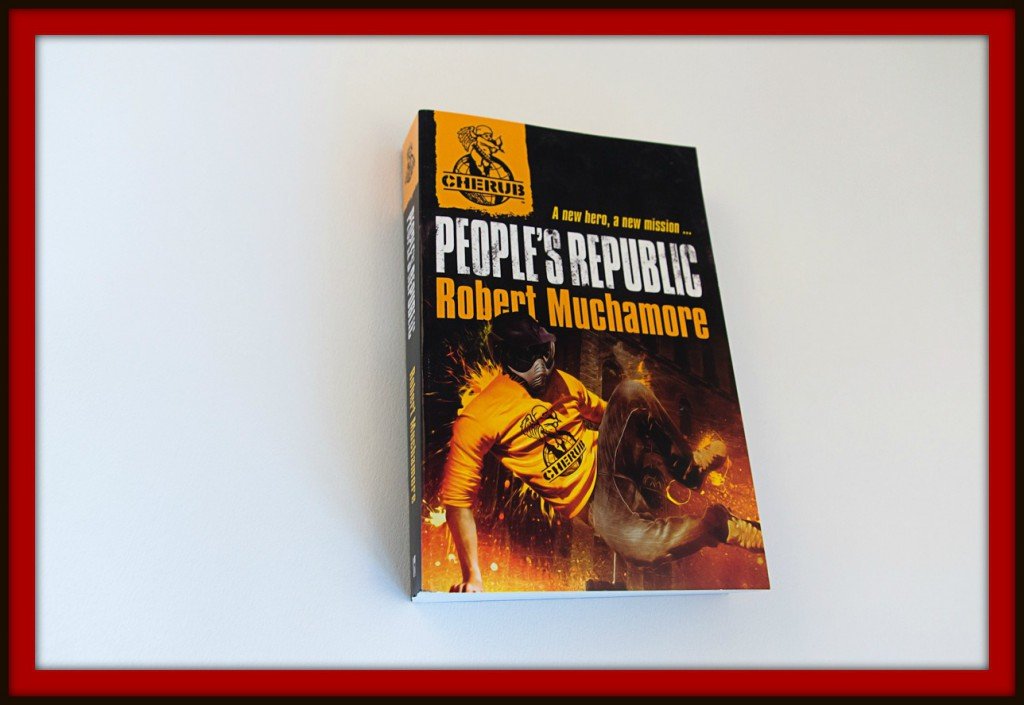 A Walk Across the Sun by Corban Addison

In his international bestselling debut novel, Corban Addison leads readers on a chilling, eye-opening journey into Mumbai’s seedy underworld—and the nightmare of two orphaned girls swept into the international sex trade. “Addison has written a novel that is beautiful in its story and also important in its message. A Walk Across the Sun deserves a wide audience.” John Grisham 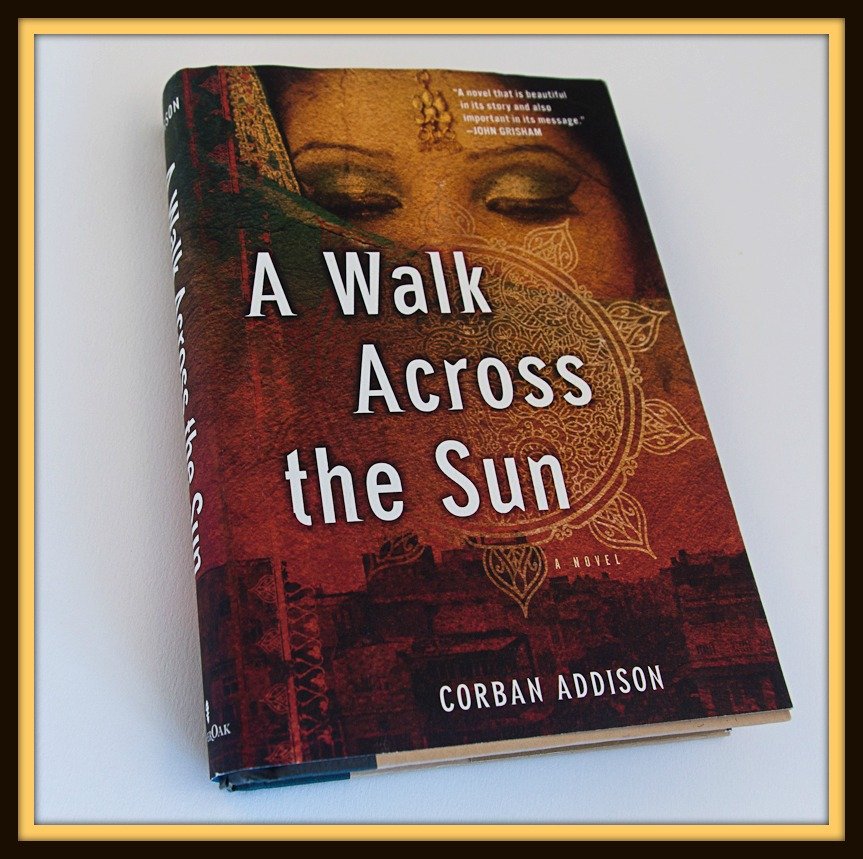 Nightmare Along the River Nile
by Suzanna E. Nelson, 2010

Source: www.amazon.com  –  review by an independent reader
‘A compelling story that the world should know’
‘Very few books have evoked such emotion. “Nightmare Along the River Nile: A Story of Twentieth Century Slavery” brought me to tears. The compassion that Edgar and his friends have for each other is extraordinary. The author, Suzanna E. Nelson has done a magnificent job in bringing attention to a very serious issue and human tragedy; modern day slavery.
This book is highly recommended if you are at all concerned about what happens to innocent humans beings against their will. Most of their stories go uncovered by the mainstream media. A must read to change some of the injustices in the world today.’ 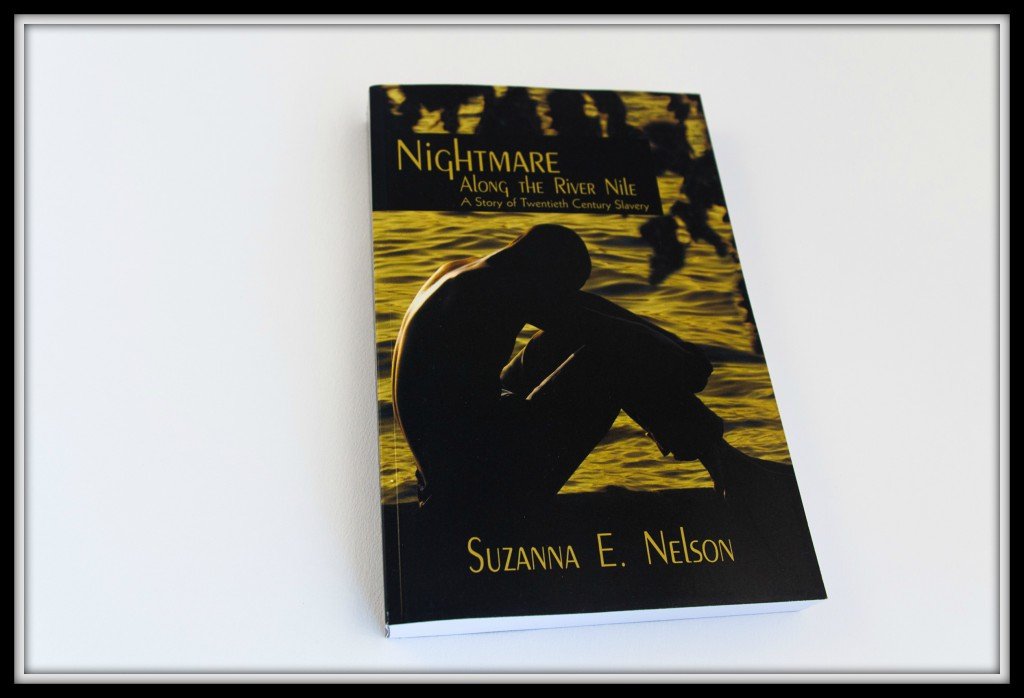 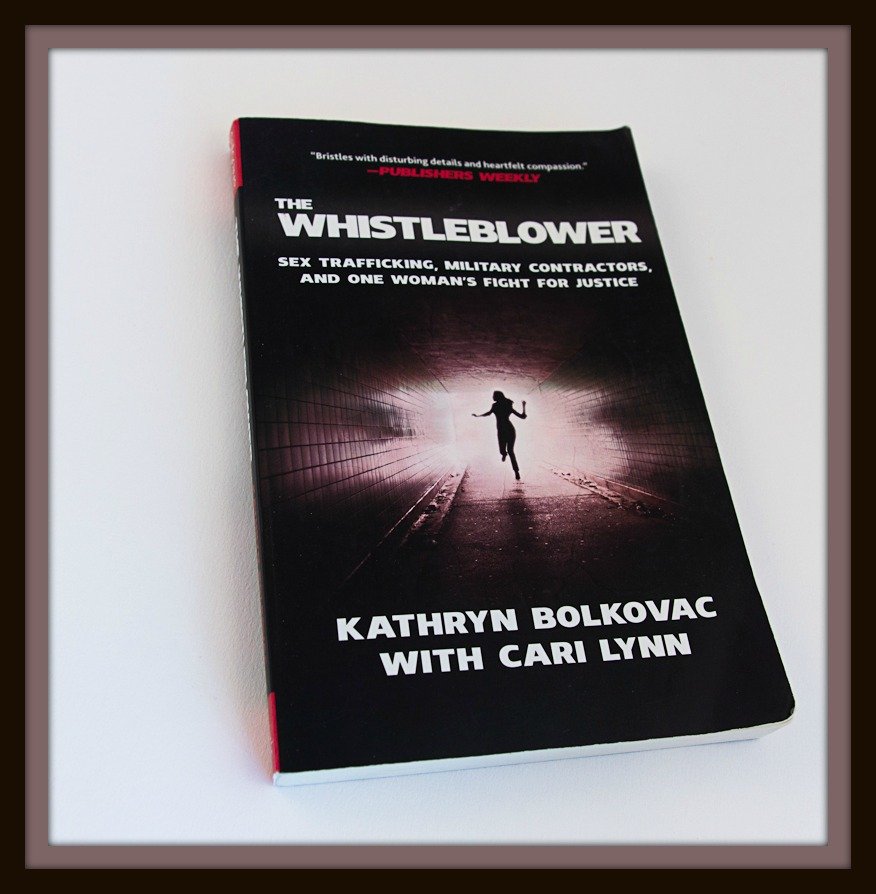 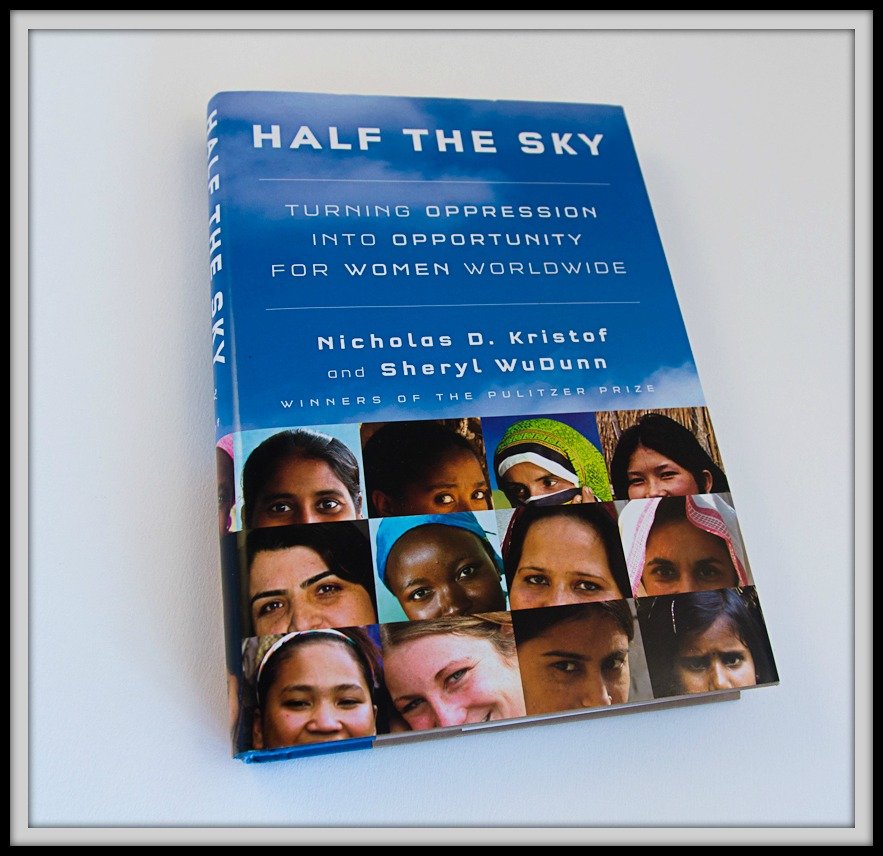 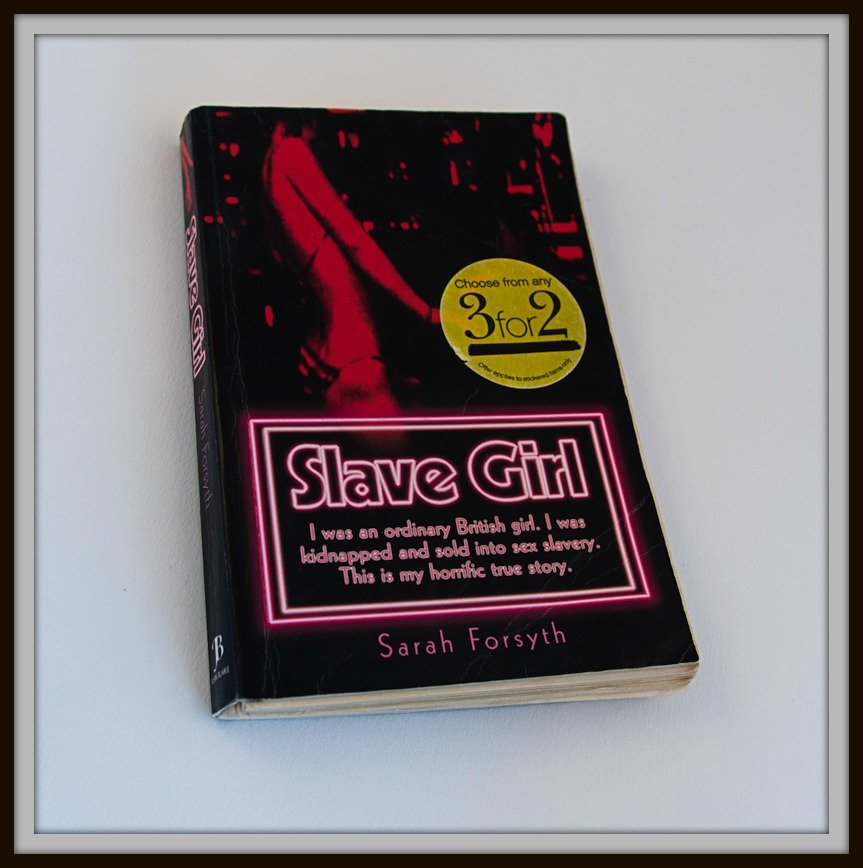 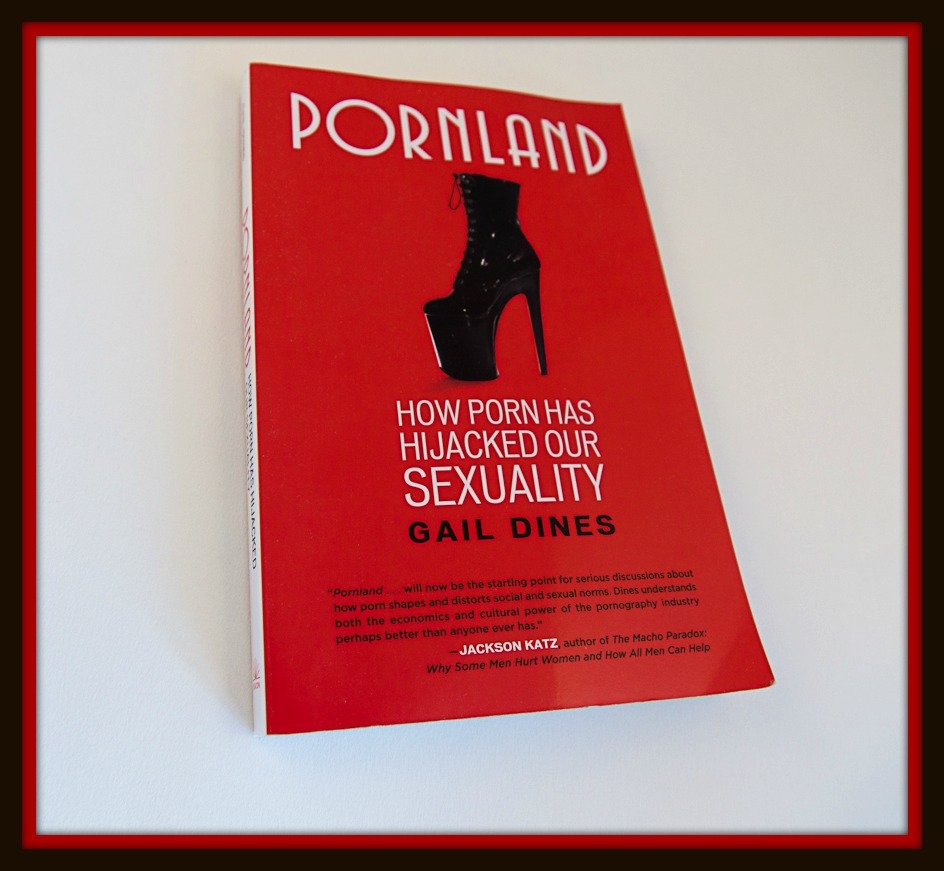 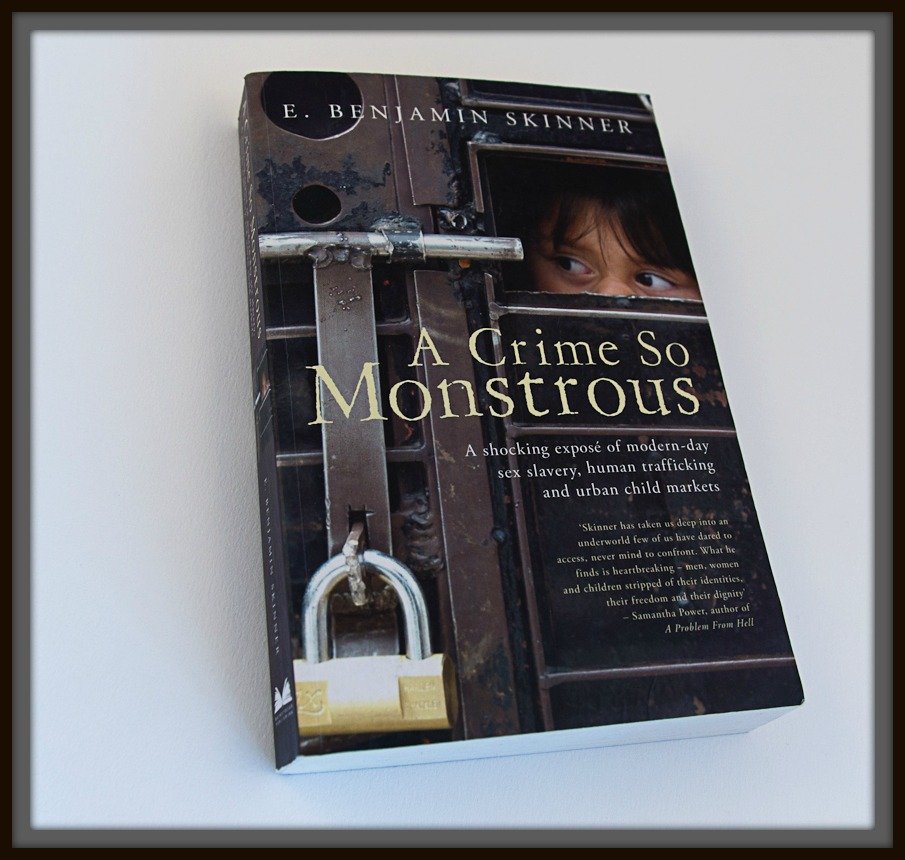 Radhika’s Story: Surviving Human Trafficking
By (author) Sharon Hendry, Foreword by Joanna Lumley, New Holland Publishers, 2010
Short Description for Radhika’s Story
A seemingly innocent sip of Coca-Cola, drunk by a starving and desperately thirsty 14-year-old girl led to the first of Radhika Pariyar’s human trafficking experiences. This title presents an account of a survivor of human trafficking in the 21st-century.(source: The Book Depository.co.uk) 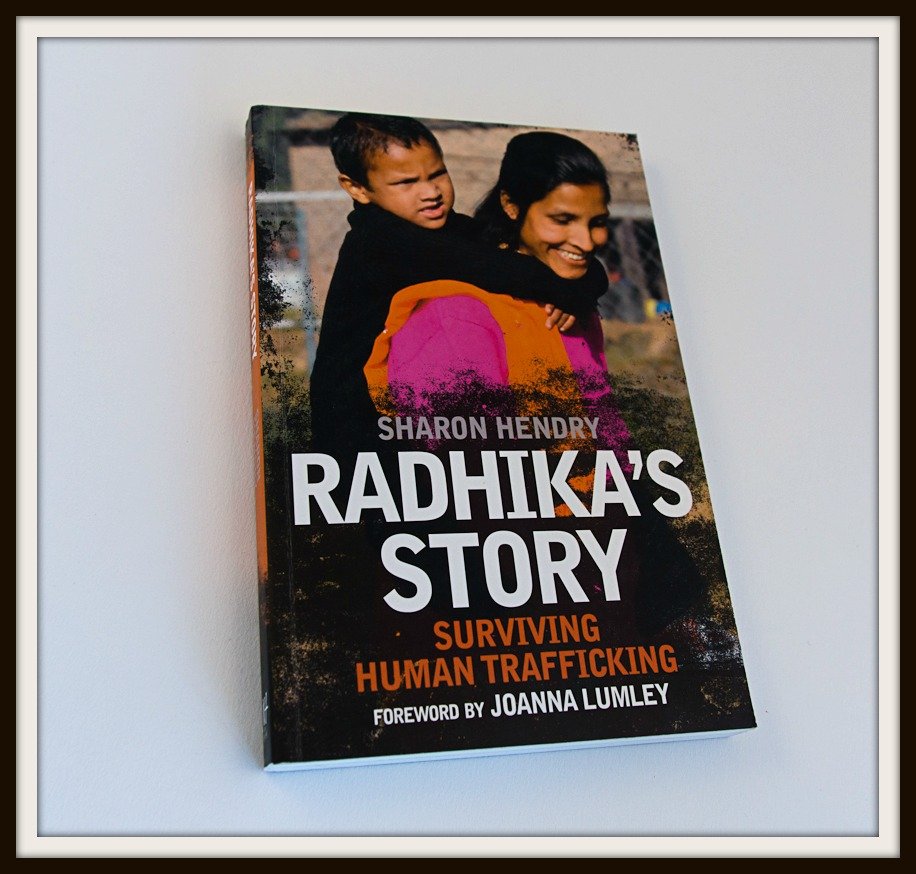 Enslaved: The New British Slavery
By  Rahila Gupta, Portobello Books Ltd, 2007
Short Description for Enslaved
Slavery in Britain did not end with Wilberforce. They may be largely invisible to us, but living in our midst are thousands of slaves. This book seeks out five escapees and persuades them to tell us their stories. (source: The Book Depository.co.uk) 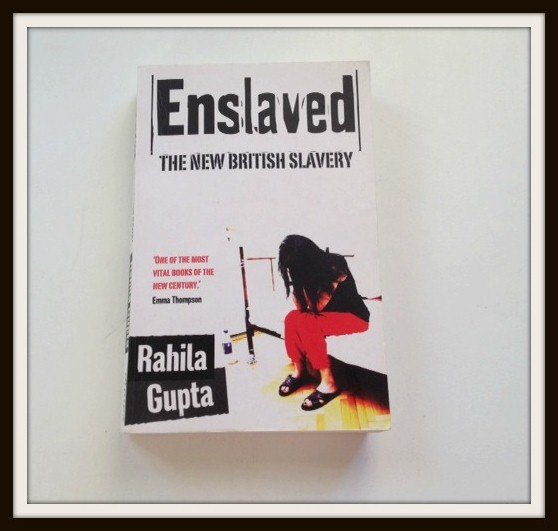 Short Description for Chinese Whispers
There are thousands of undocumented Chinese immigrants in Britain. They’ve travelled here because of desperate poverty, and must keep their heads down and work themselves to the bone. This book reveals a shadowy world where human beings are exploited in ways unimaginable in our civilized twenty-first century. (source: The Book Depository.co.uk) 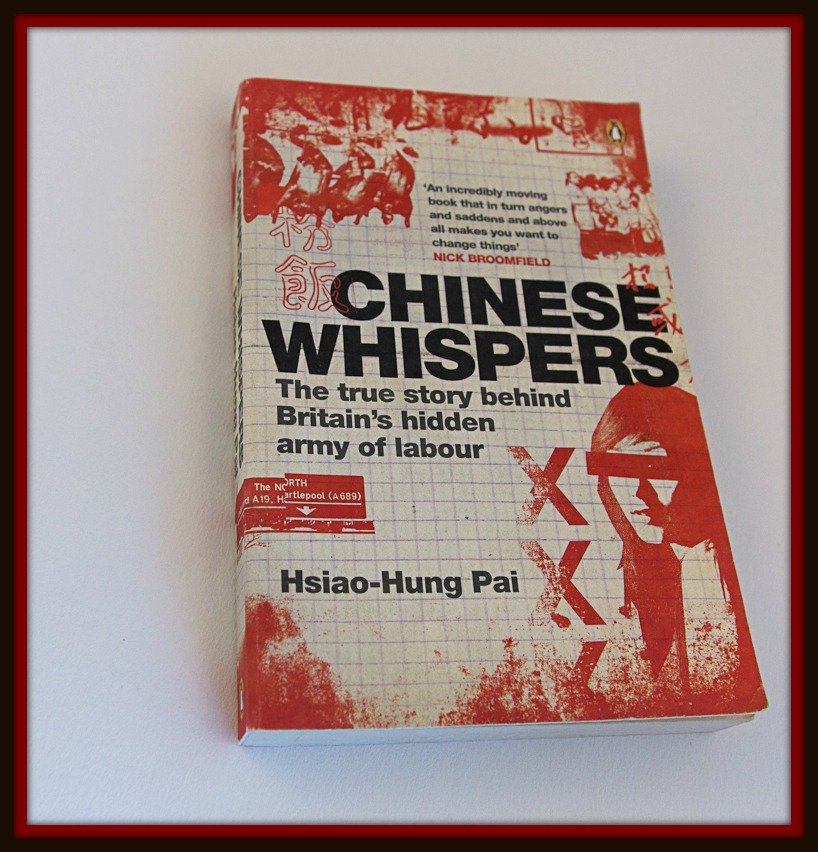 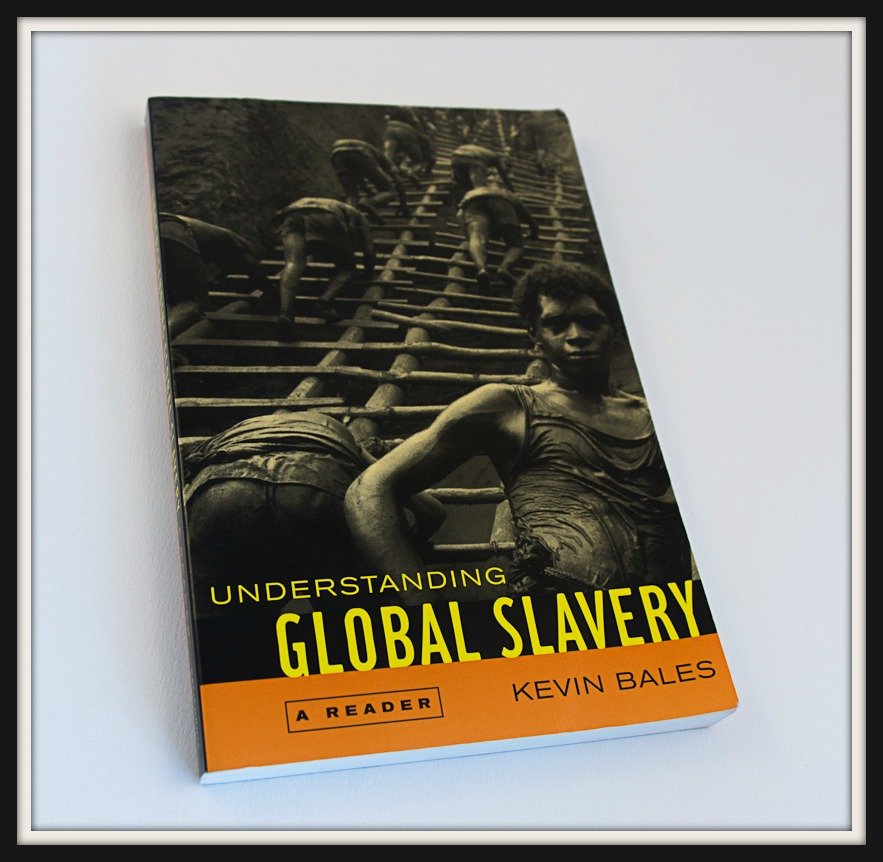